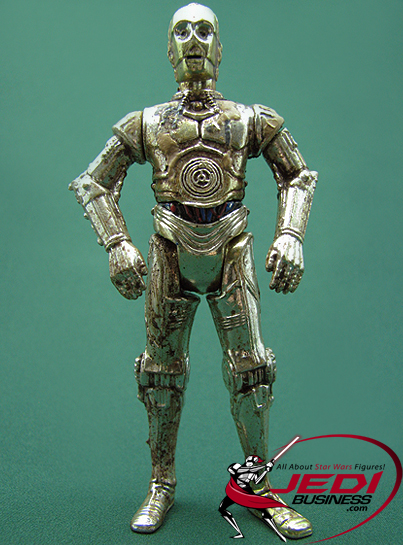 C-3PO, the always proper, overly anxious, human-cyborg relations protocol was a key member of the tightly knit Rebel Alliance that fought against Darth Vader and the evil Galactic Empire. But buried in the dust of history is the fact that the droid and Vader actually shared a common bond many years prior, when the evil Lord was a promising young man named Anakin Skywalker. As a gifted mechanical builder, Anakin cobbled together a skeletal-looking protocol droid and named it C-3PO. Many adventures and a gold-coated facelift later, C-3PO would once again cross paths with his equally-rebuilt creator in a less than happy reunion.