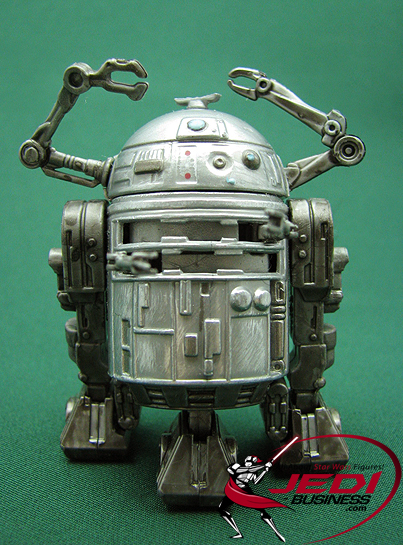 This concept R2-D2 was released individually carded, but packed-in together with a concept C-3PO, as part of The Anniversary Collection in 2007. The set was a Celebration IV convention exclusive in the United States. R2-D2 is based on concept art created by Ralph McQuarrie for the original Star Wars movie.

R2-D2 has the typical astromech joints, with a rotating dome, 2 swivel legs, and 3 swivel ankles. The middle leg is removable, so that the little astromech droid can be displayed in a "standing" or "moving" position. The middle leg however is static, and doesn't move in and out of the body by rotating the dome. On top of the little droid's dome is an antenna which can be rotated by hand. In addition to that there are also two rotating arms, which are permanently attached to the dome. On the front of the droid are another 2 arms, which can also be moved in and out. This concept R2-D2 has 13 movable parts, which for an astromech droid is quite a lot!

The paint application on the McQuarrie R2-D2 is well done with dull silver, and lots of dirt on the front and back of the body. The great thing about this version of R2 is that it looks just like the little droid that Ralph McQuarrie drew up on a sketch board all these years ago. So, if you are a fan of McQuarrie, or like to add some variety to your collection, this astromech droid is for you.

Ralph McQuarrie was commissioned by George Lucas to create several paintings. This scene depicts R2-D2 and C-3PO in a desert landscape. Even in this early rendering, Threepio already has a somewhat startled look, and Artoo reveals traces of his spunky nature. 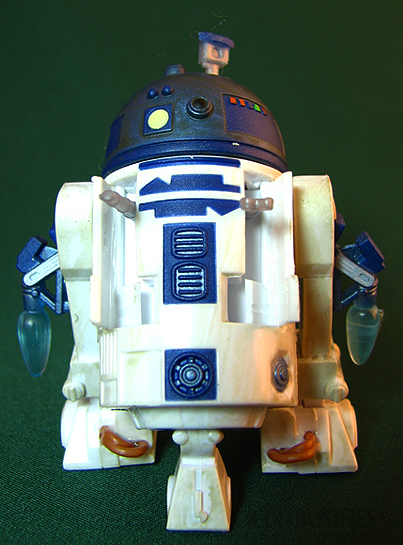 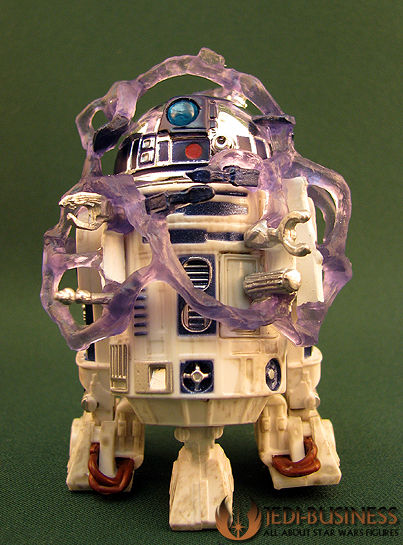 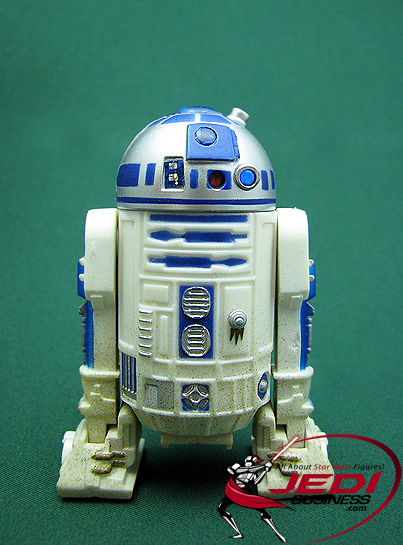 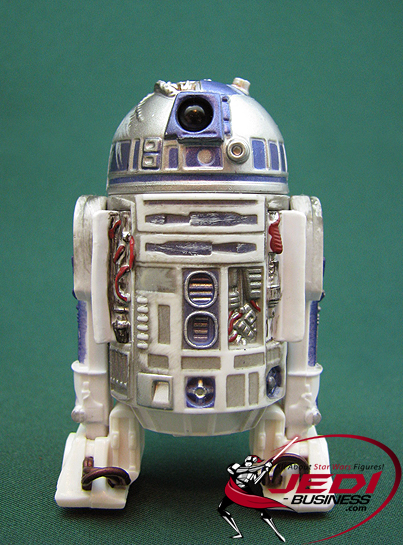 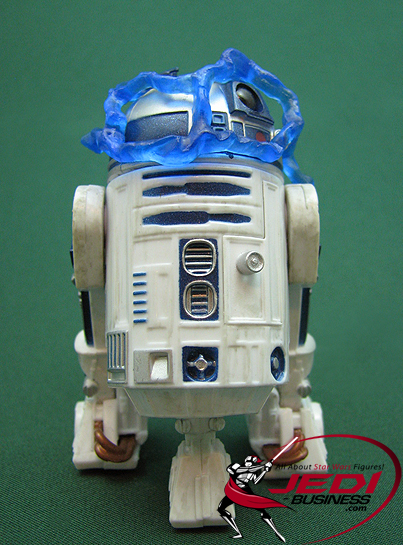 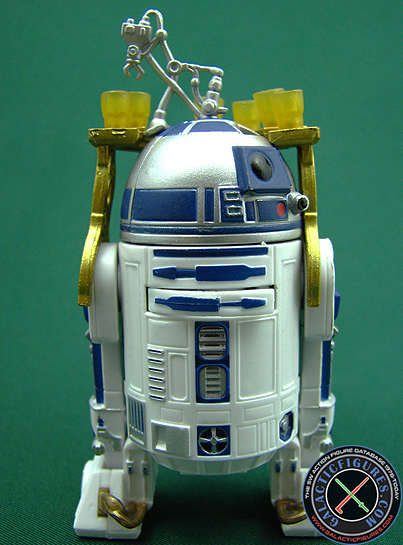