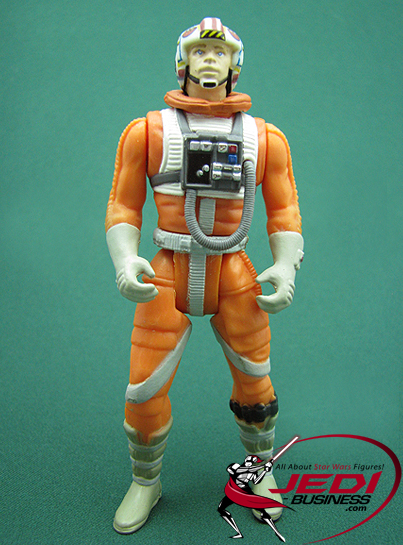 For this Luke Skywalker, Hasbro re-used an existing mold from 1995, hence the figure's buffed-up look, and the POTF2 era typical 6 swivel joints, one in the neck, two in the shoulders, one in the waist and two in the hips. Despite the lack of knee and ankle joints the figure stands surprisingly well on its own. There were no weapons or accessories included with the figure, and the only removable piece on the outfit is the cable going from the chest box into the flight suit.

The paint job on Luke Skywalker is very basic, but overall cleanly applied. The mold is entirely outdated compared with modern Star Wars figures, and with the fantastic updated version from The Legacy Collection, there is no reason to add this figure to your collection, if you don't own it yet.

During the Battle of Hoth, Luke pilots a snowspeeder with his friend Dack Ralter as gunner. In desperation, the Rebels devise a strategy: to wrap tow cables around the legs of the walkers, toppling them to the ground. But during the battle, Luke's ship is hit and crashes in the path of an oncoming walker. He must rescue his friend or save himself from the approaching doom.