A Closer Look At The Vintage Collection Tantive IV Corridor

If you prefer to get your packaging in mint condition make sure to check out Entertainment Earth (sponsored) to see if they still have the Tantive IV Corridor in-stock.

The packaging design looks fantastic with the classic Star Wars logo on the top and the double race track going around the box. The box art on the front and back depicts the opening scene of A New Hope where Darth Vader and his Stormtroopers attack the Tantive IV. The side panels show C-3PO and R2 running across and Princess Leia hiding. 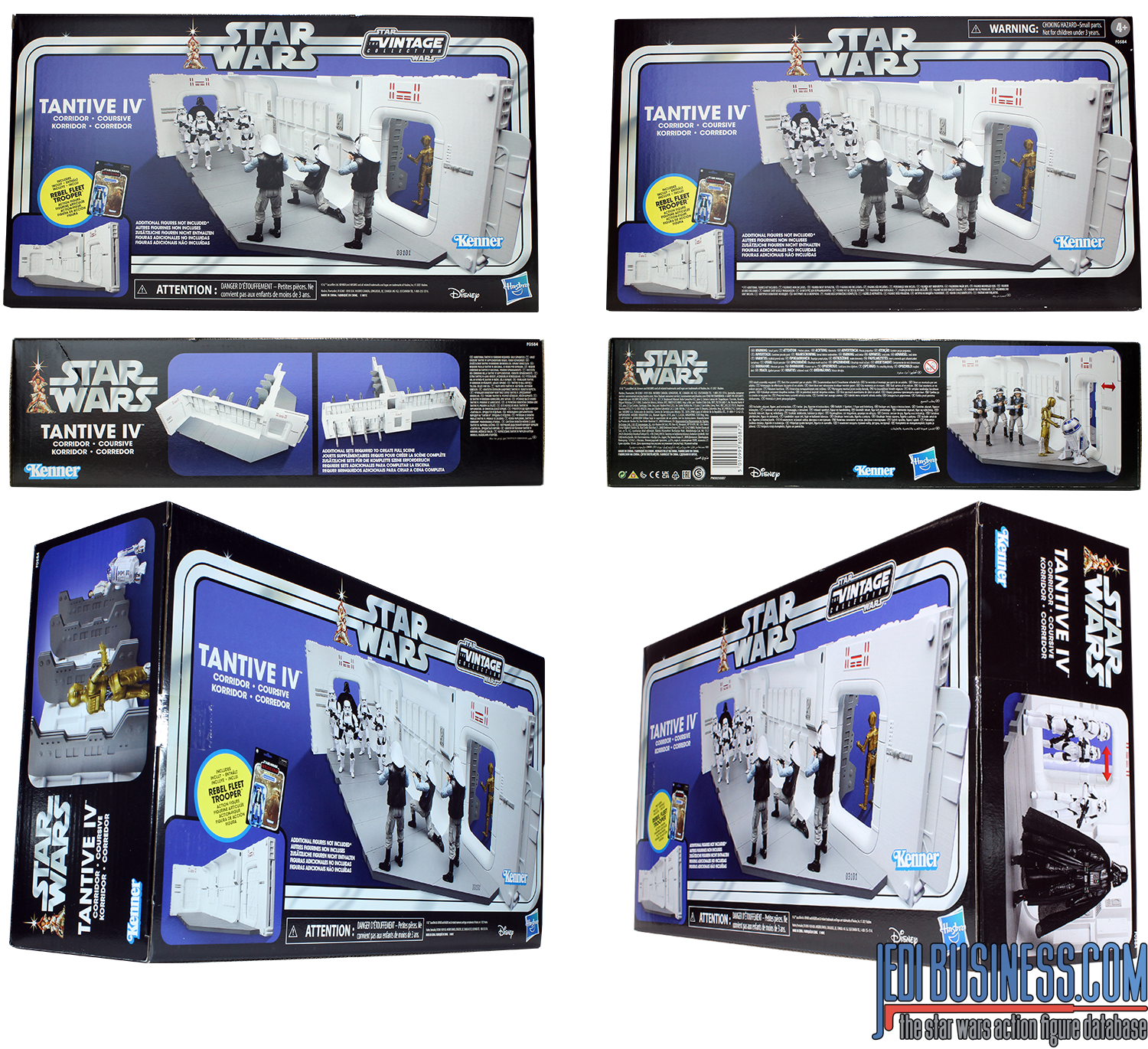 Unforutnately, the included Rebel Fleet Trooper wasn't protected enough inside the box for mint carded collectors, and both sets which were opened for this review had identical damage to the card (plenty of surface scratches on the front, in particular above the hanger). 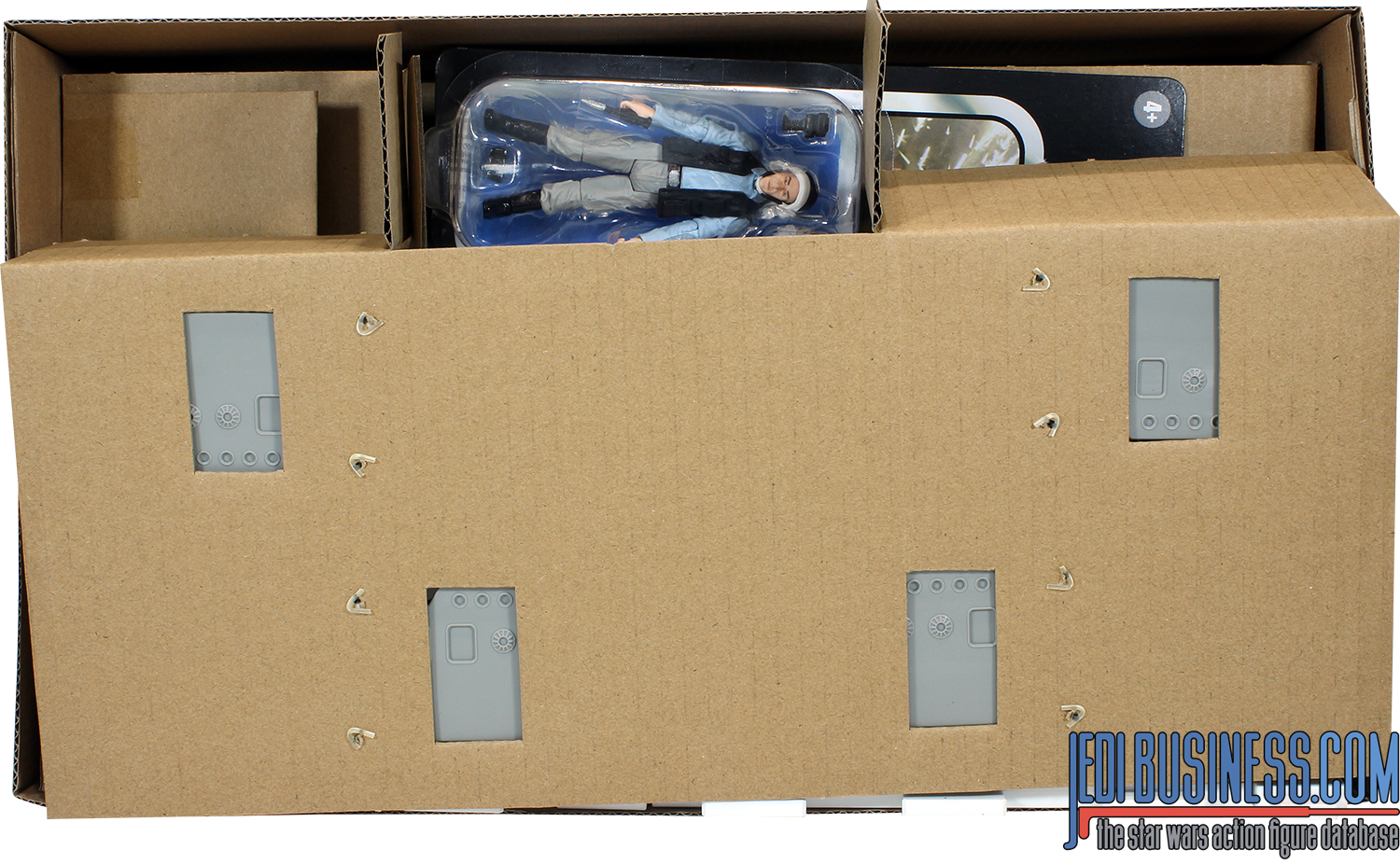 The assembly is very quick and the stickers are preapplied already. There is nothing which you need to do other than plugging the walls, doors and floor panels together in the arrangement you like.

The instruction sheet indicates that the set comes with pegs which can be used to secure figures to the holes in the floor panels, but no such pegs were included with the two sets assembled here. UPDATE: Thanks to Cory P. in the Jedi Business FB group, the small brown envelope with foot pegs was taped to one of the cardboard pieces inside the box, it's very easy to miss so make sure to not throw it out by accident! 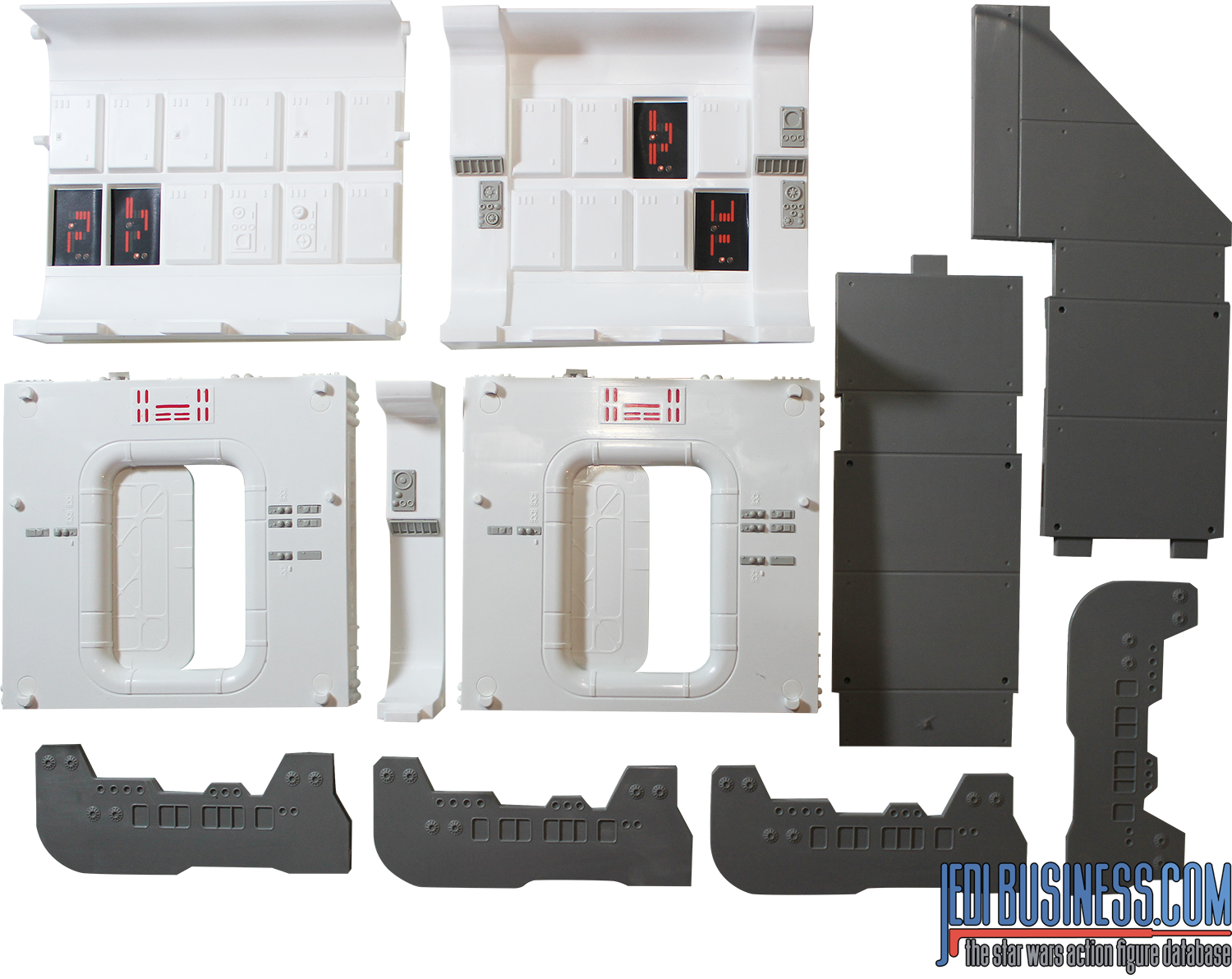 Not pictured here are the 10 small foot pegs for the figures, they are in a small brown envelope taped to one of the cardboard pieces on the inside of the box, don't throw them out accidentially 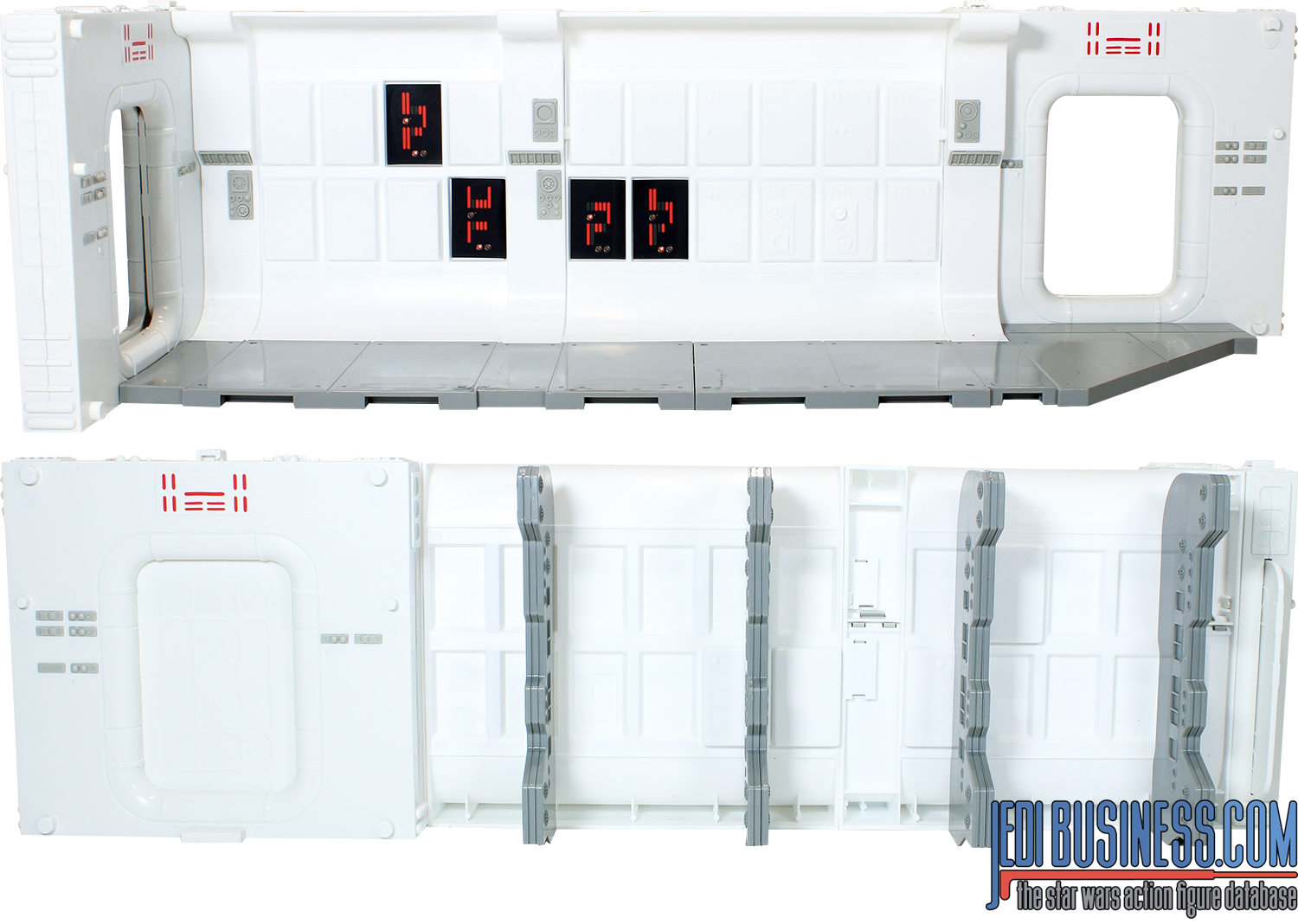 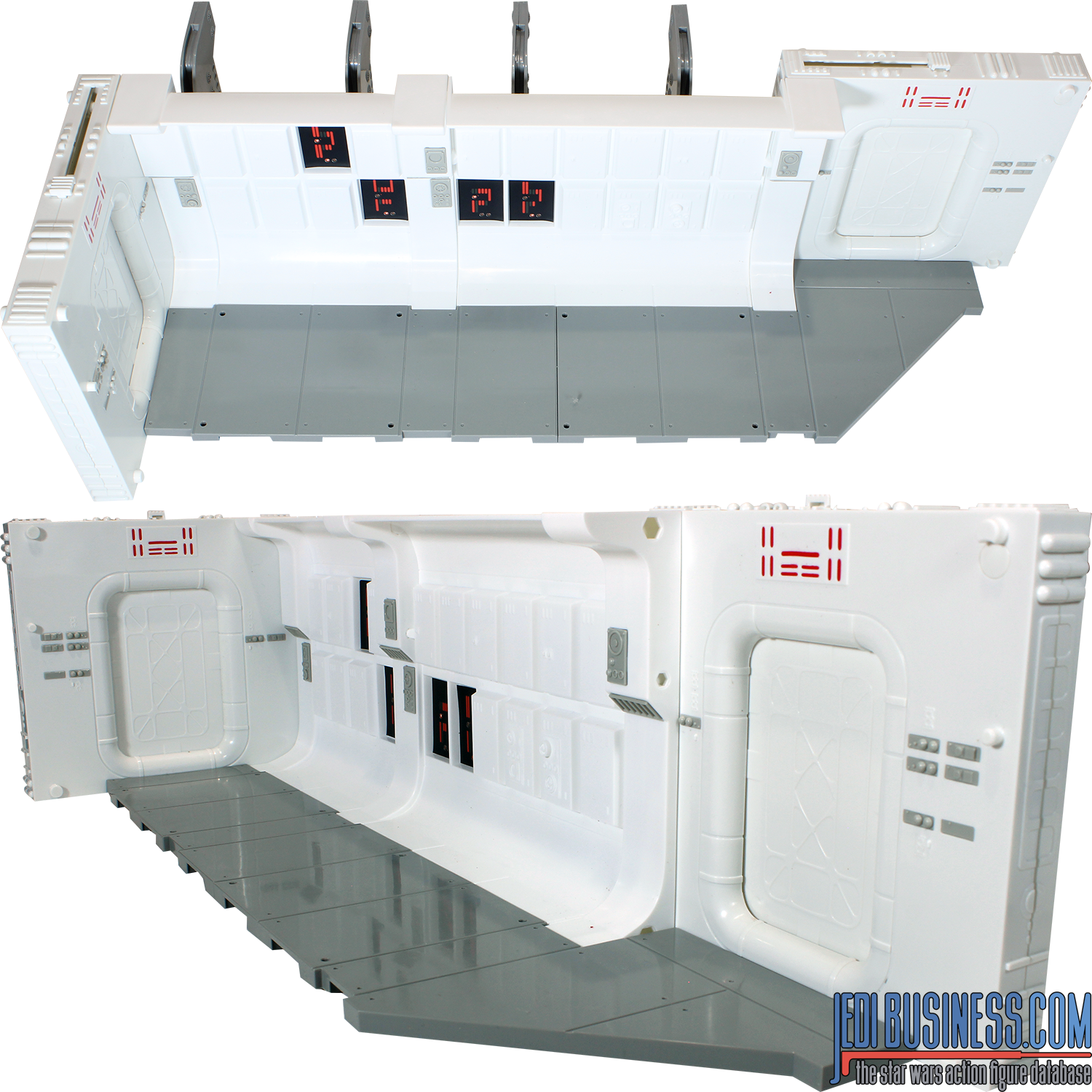 Here is a closer look at the details found in the walls and doors. It's a mix of sculpted details and pre-applied stickers. With the right lighting you can get the floor panels to reflect nicely. 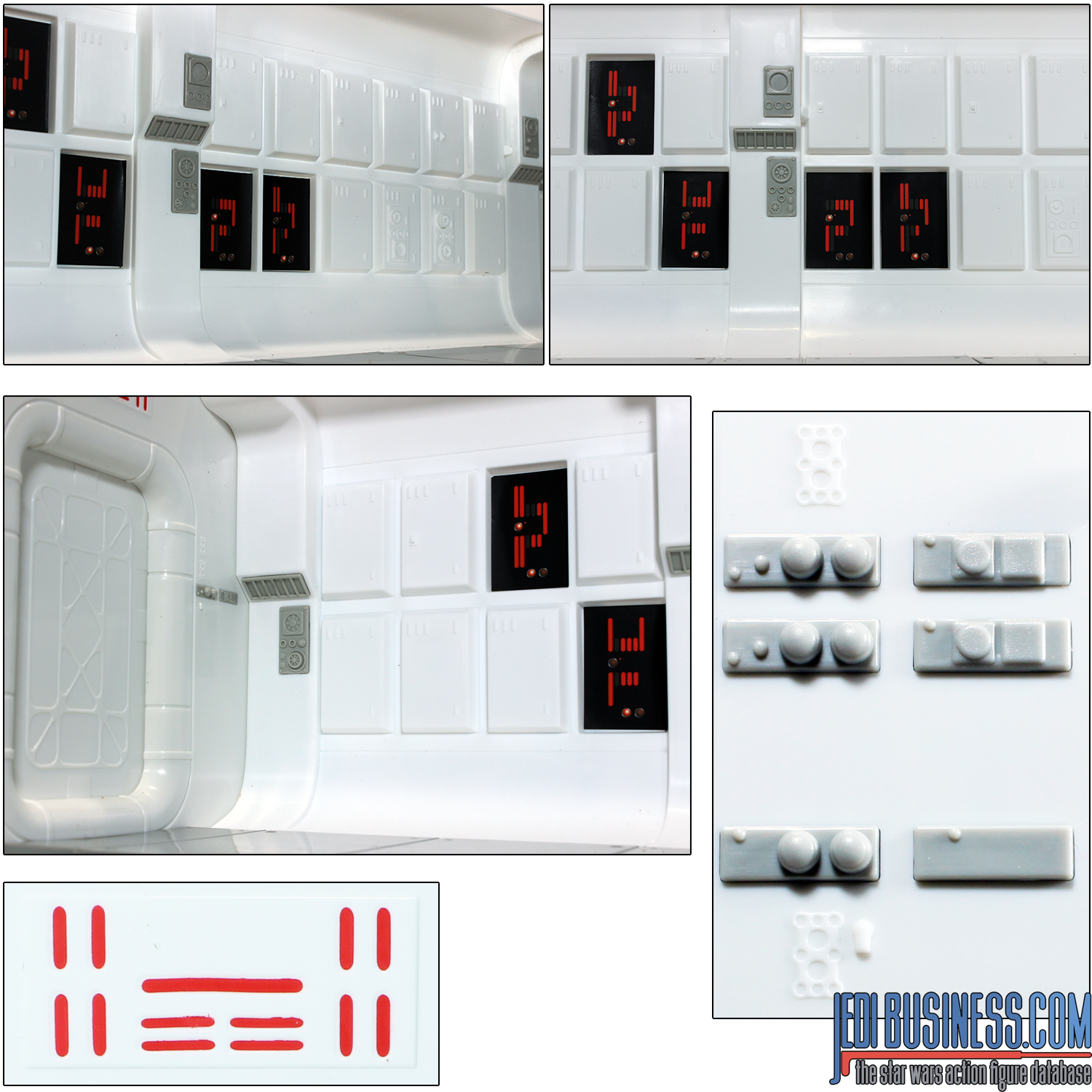 The beautify of this diorama display is that you can go as big as you want, because you can arrange multiple sets next to each other, build around the corner or have walls on both sides. Below is a look at what some of the arrangements can look like. 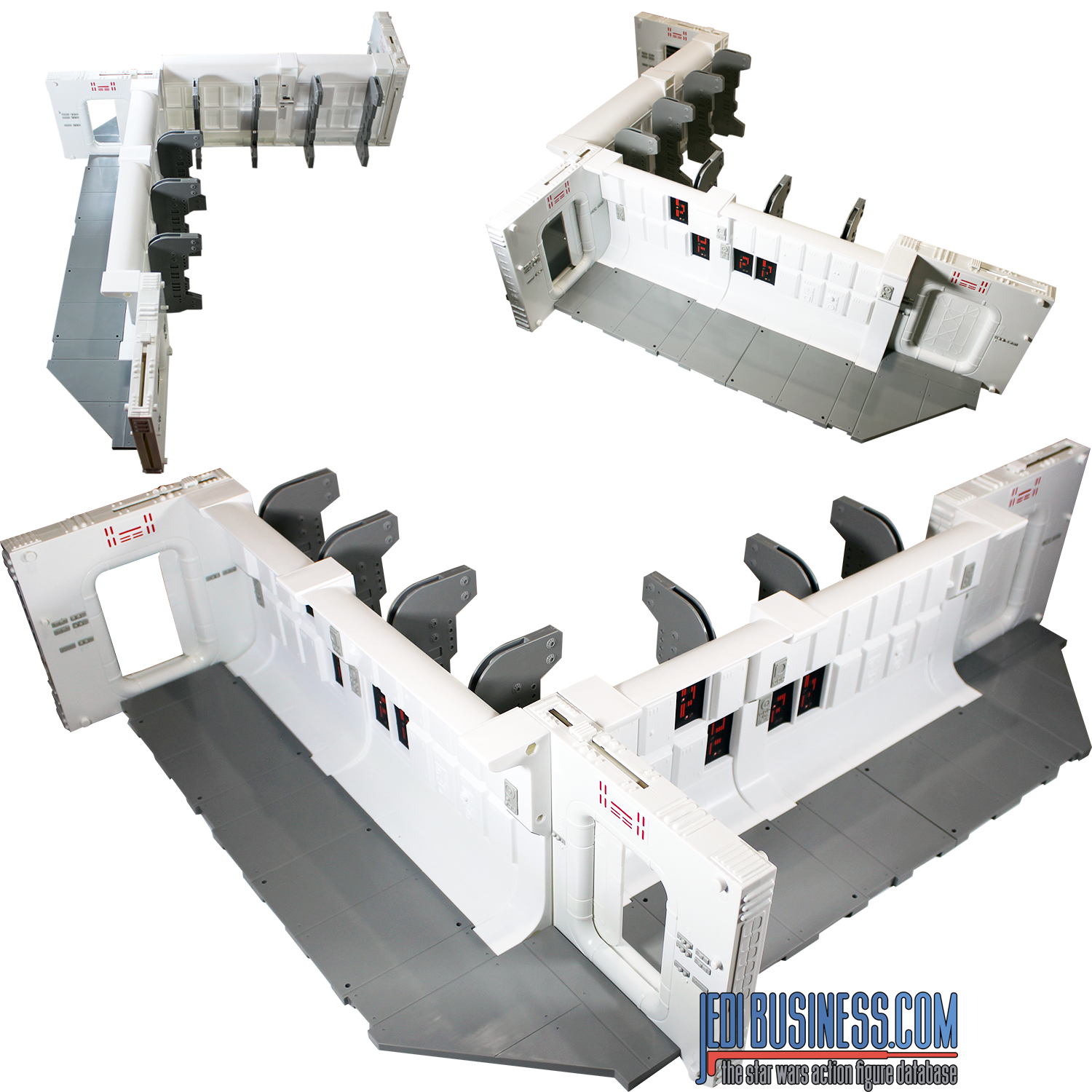 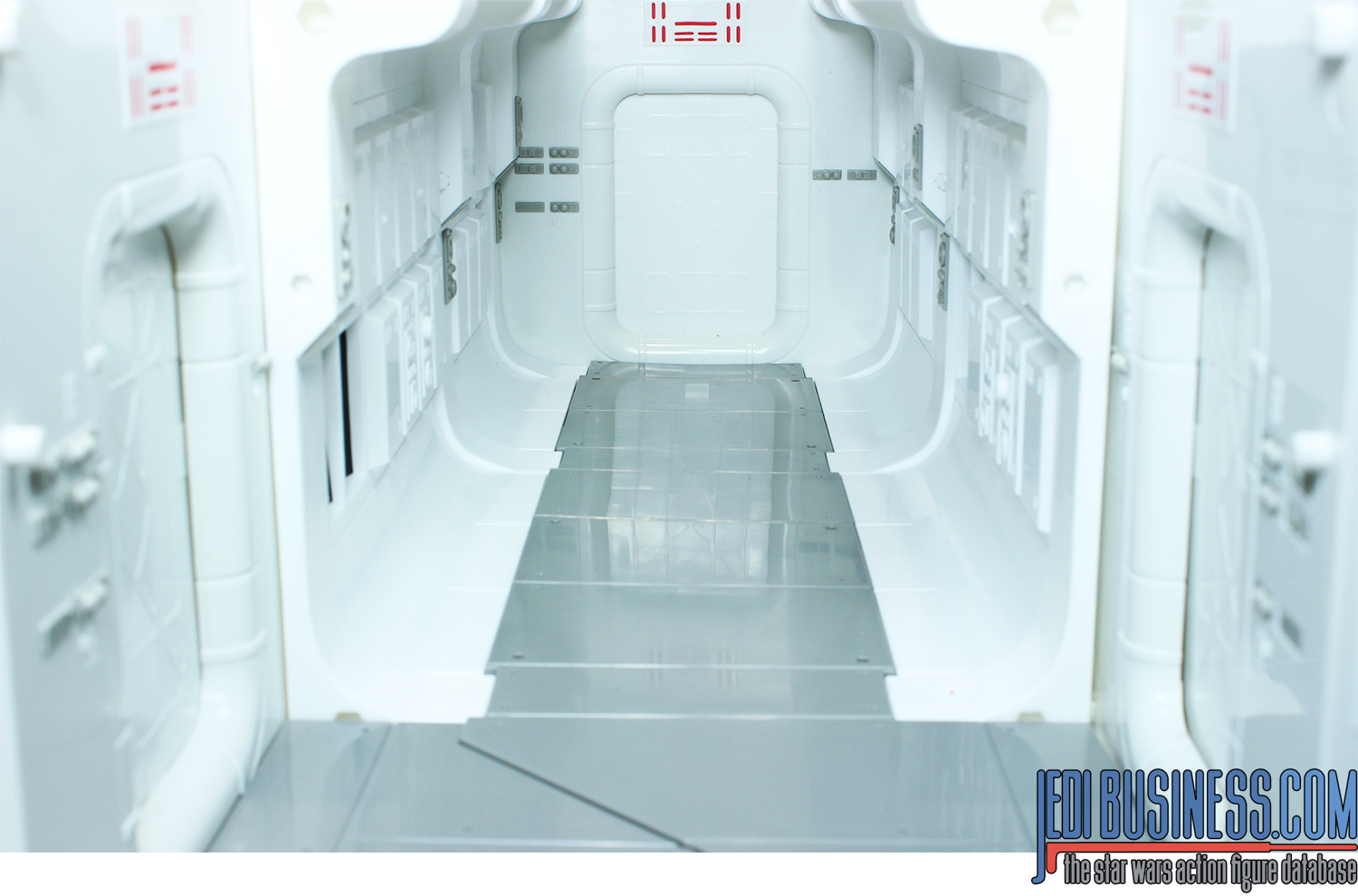 The included Rebel Fleet Trooper figure is a re-paint of the in 2011 released Rebel Fleet Trooper figure. This time around Hasbro matched the color of the ankle joints to the boots instead of having them be the same color as the pants. They also gave the figure the photo real face printing treatment for a more life-like portrait. The trooper comes with a blaster, a removable helmet, a tracking device, a baseball cap and an ammunition bandolier which can be plugged into the right boot.

Some of the Rebels standing in the background during the Yavin ceremony wore baseball caps, so those characters can be recreated with this figure as well. This is a great figure overall and can be considered the definite version of the character as of this review (January 2021). The highlight for many long-time collectors who collect carded is the new cardback which shows  the Rebel Fleet Trooper from the end sequence of Rogue One. 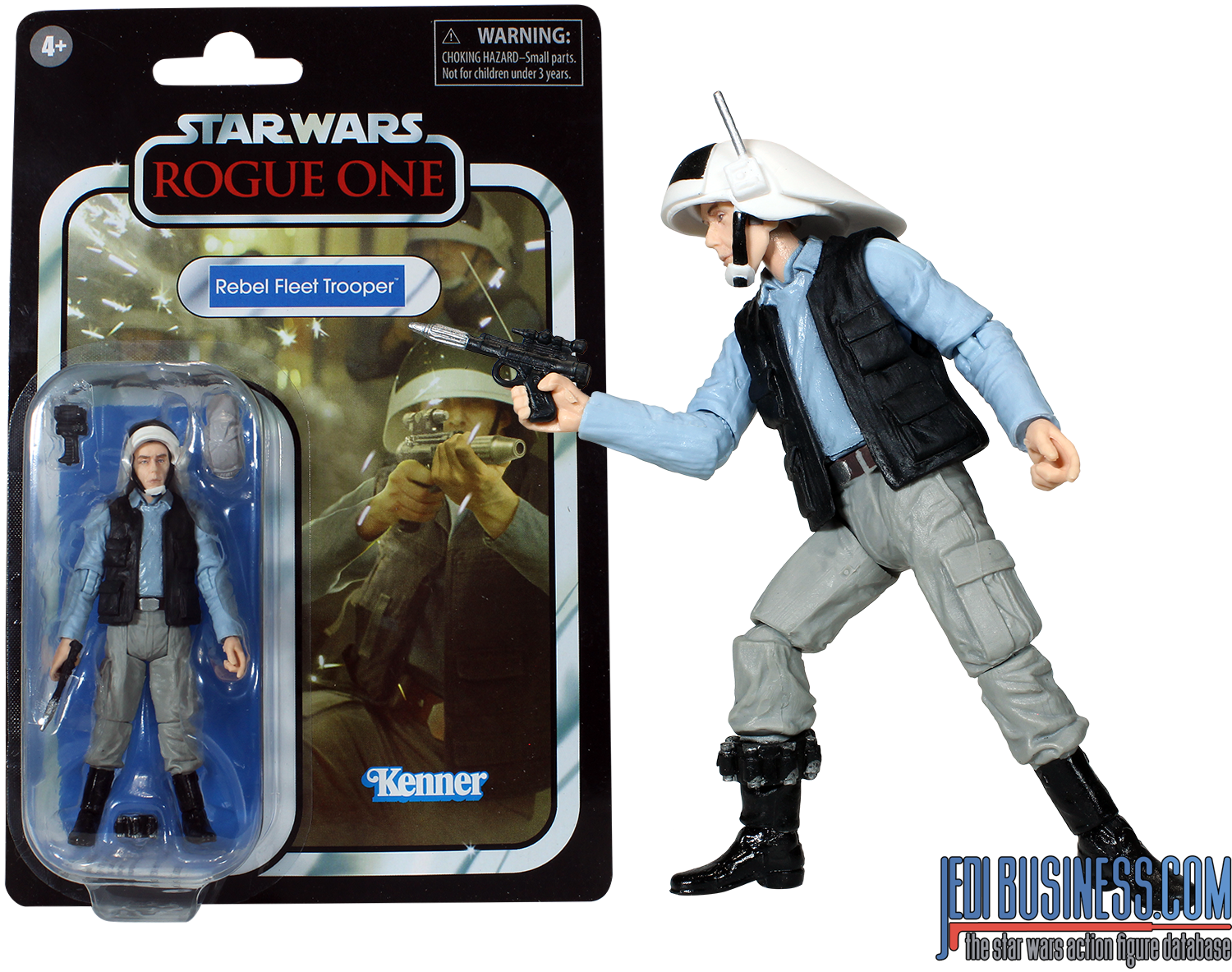 Below are some scene recreations from Revenge Of The Sith, Rogue One and A New Hope. 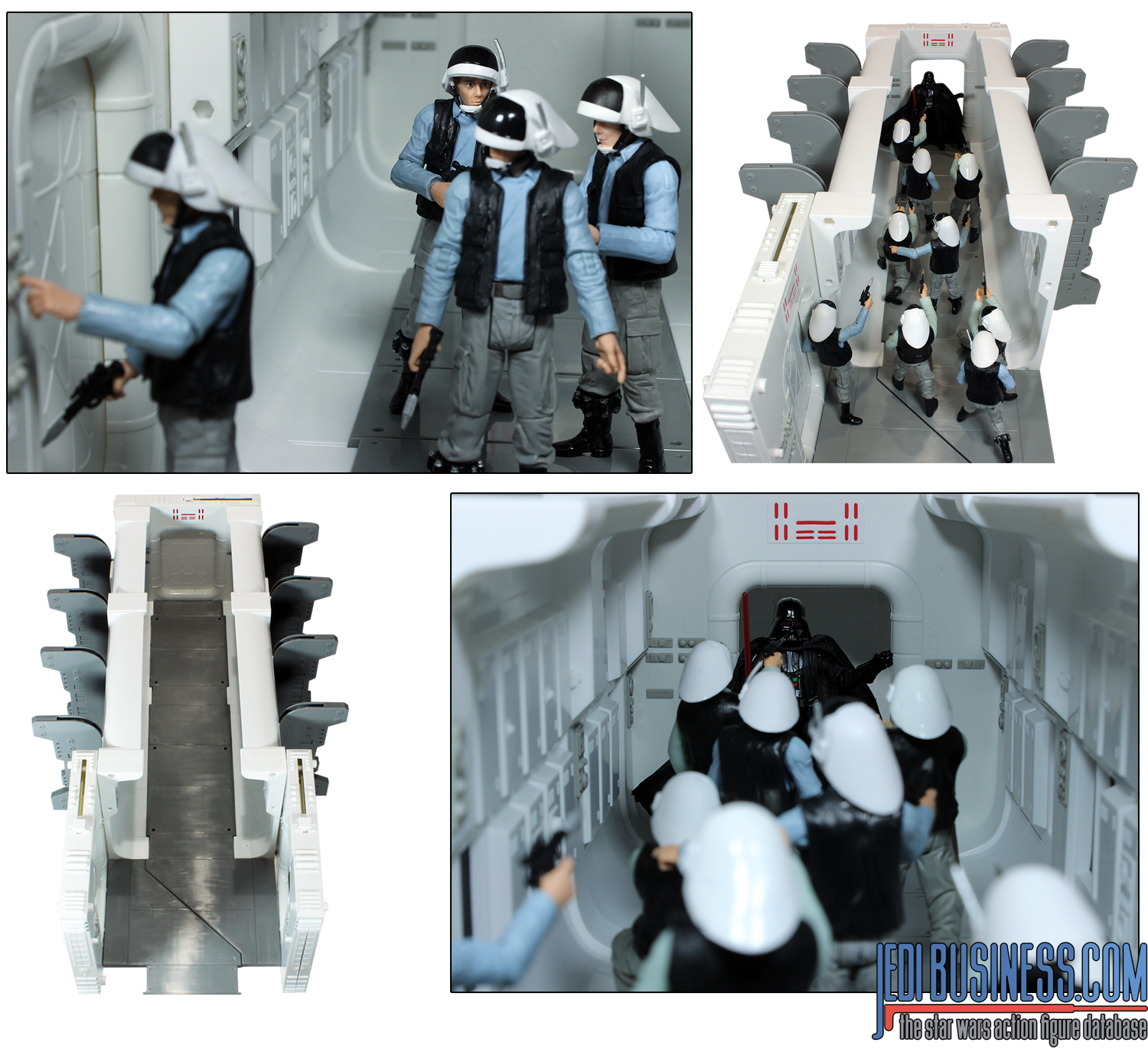 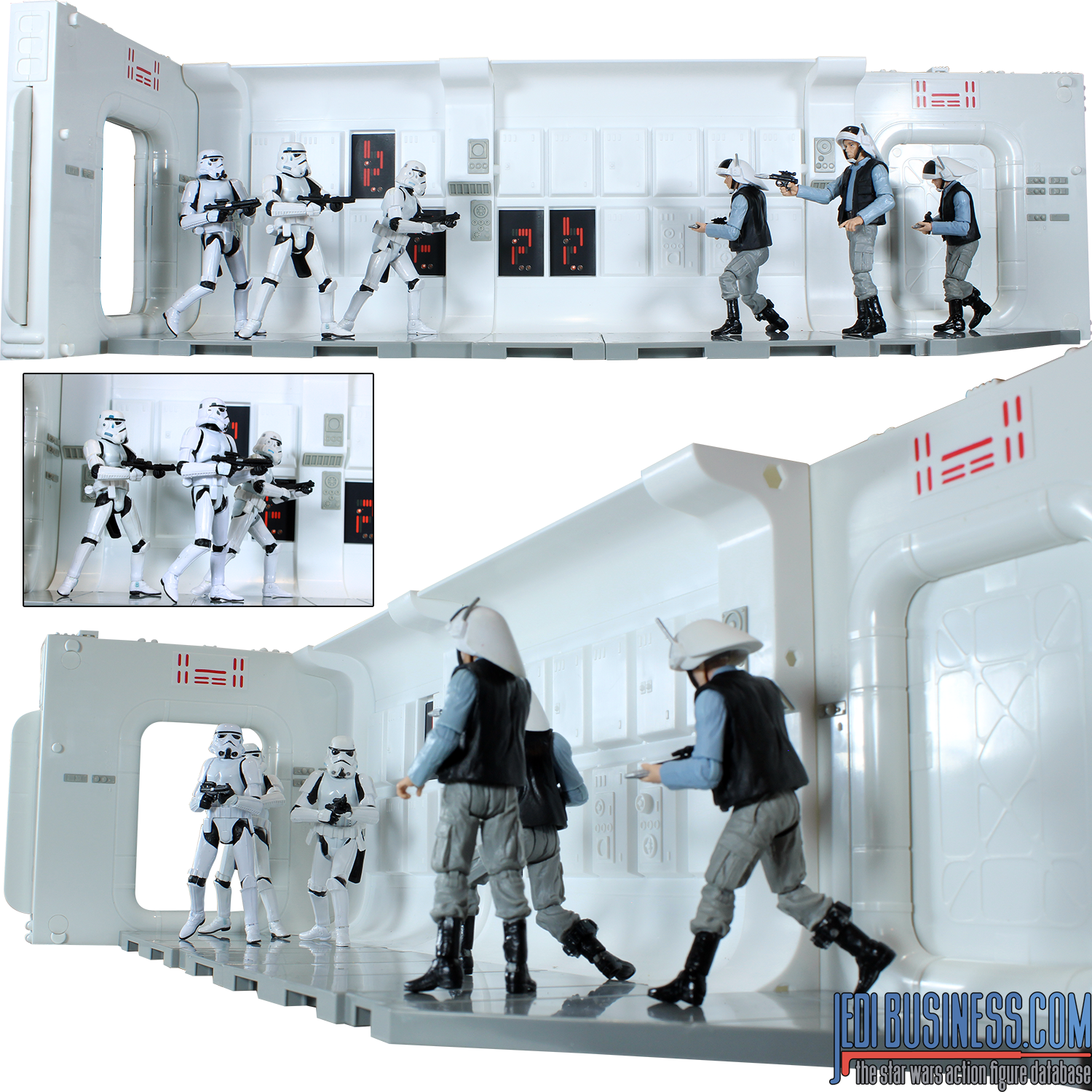 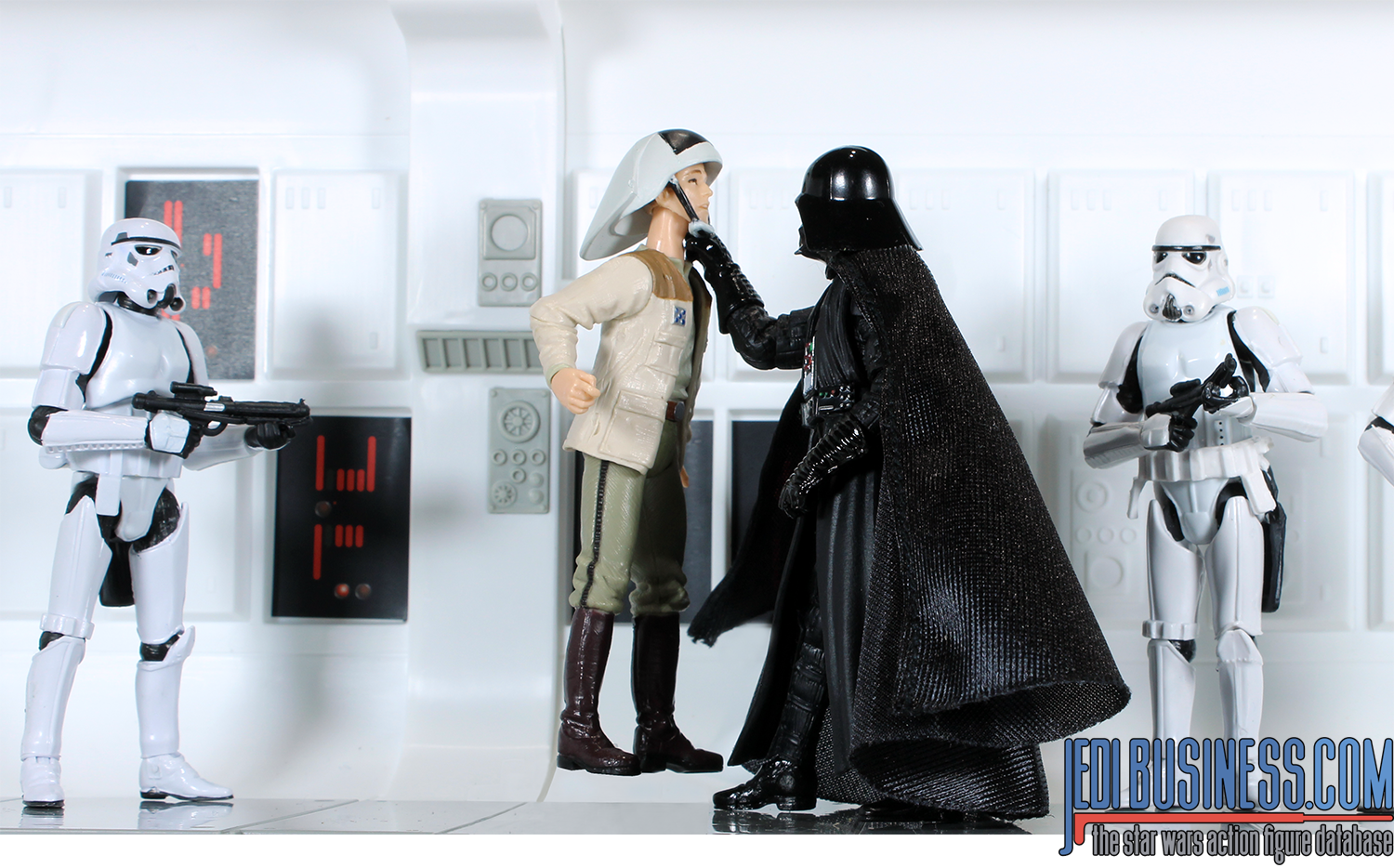 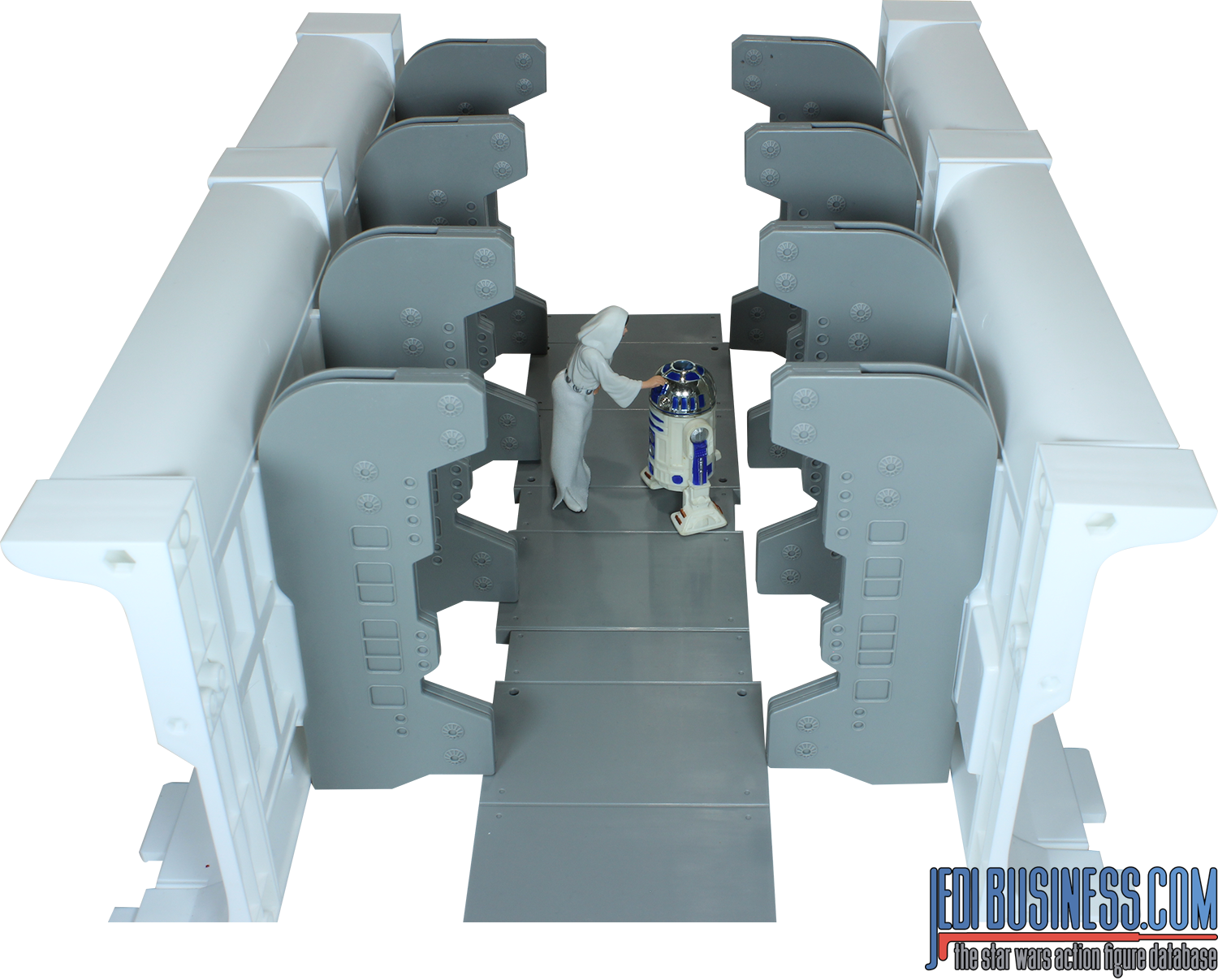 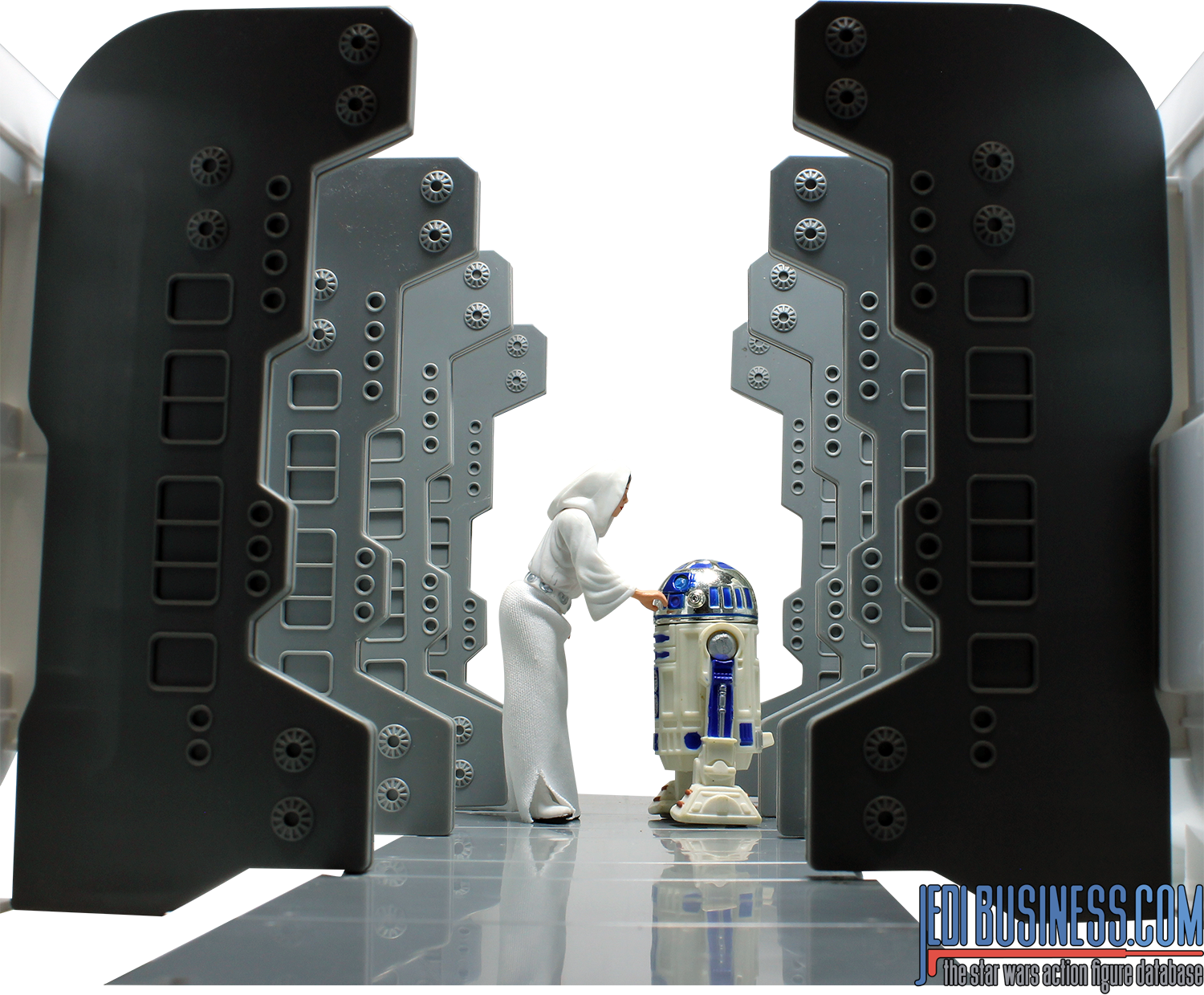 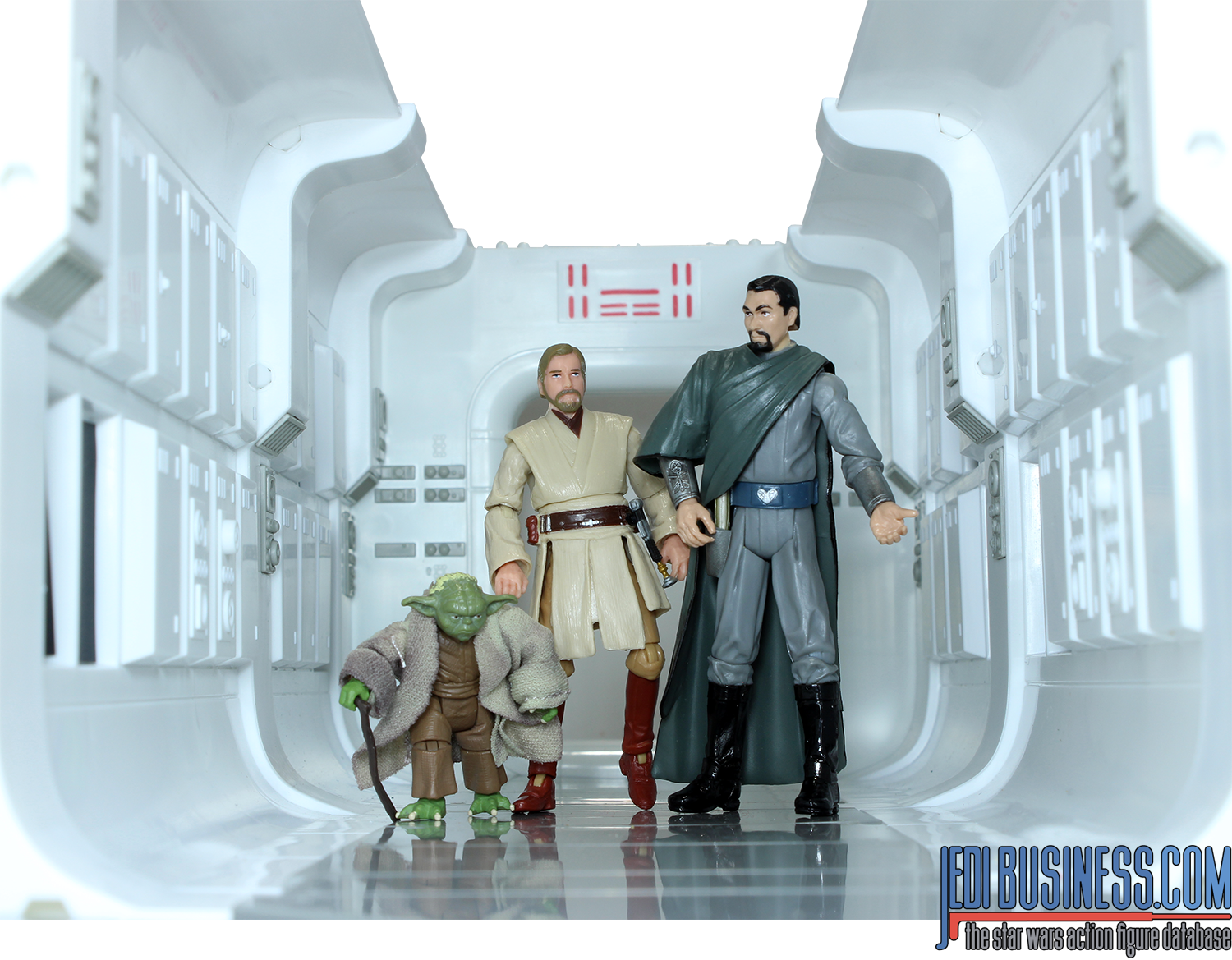 The Vintage Collection Tantive IV Corridor turned out beautifully. A modular set-up like this is exactly what fans have been asking for for years, and in the case of this diorama you can go as big as you want, or as small as you'd like depending on your shelf space. Unlike the Carbon Freezing Chamber playset, the Tantive IV Corridor doesn't feel incomplete with one set. This diorama is very easy to recommend, it is very easy to set up, the quality is on par with what we've seen in the 3 3/4" line for 40+ years, it looks great on display, it can be used for different scenes across three movies and it's competitively priced at $49.99 (keep in mind that it also includes an exclusive $15 figure). Well done Hasbro!

Sponsored links: Get your sets on Amazon or Entertainment Earth!