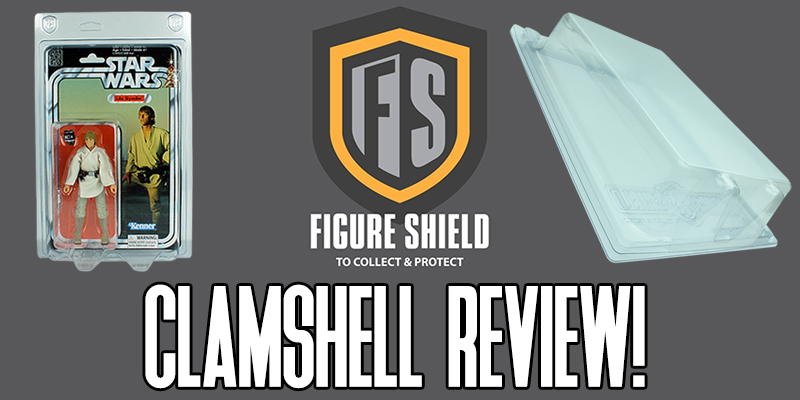 Hasbro's 40th Anniversary Collection 6" figures were released during the Spring and Summer of 2017 in The Black Series. If you've been collecting those fantastic looking figures in their vintage Kenner-inspired packaging, the question is, how do you protect those figures for years to come? The answer is FigureShield!

Justin from FigureShield has sent us 10 protective clamshells for Hasbro's 6" 40th Anniversary Collection figures to review. You can read our impressions about them below. 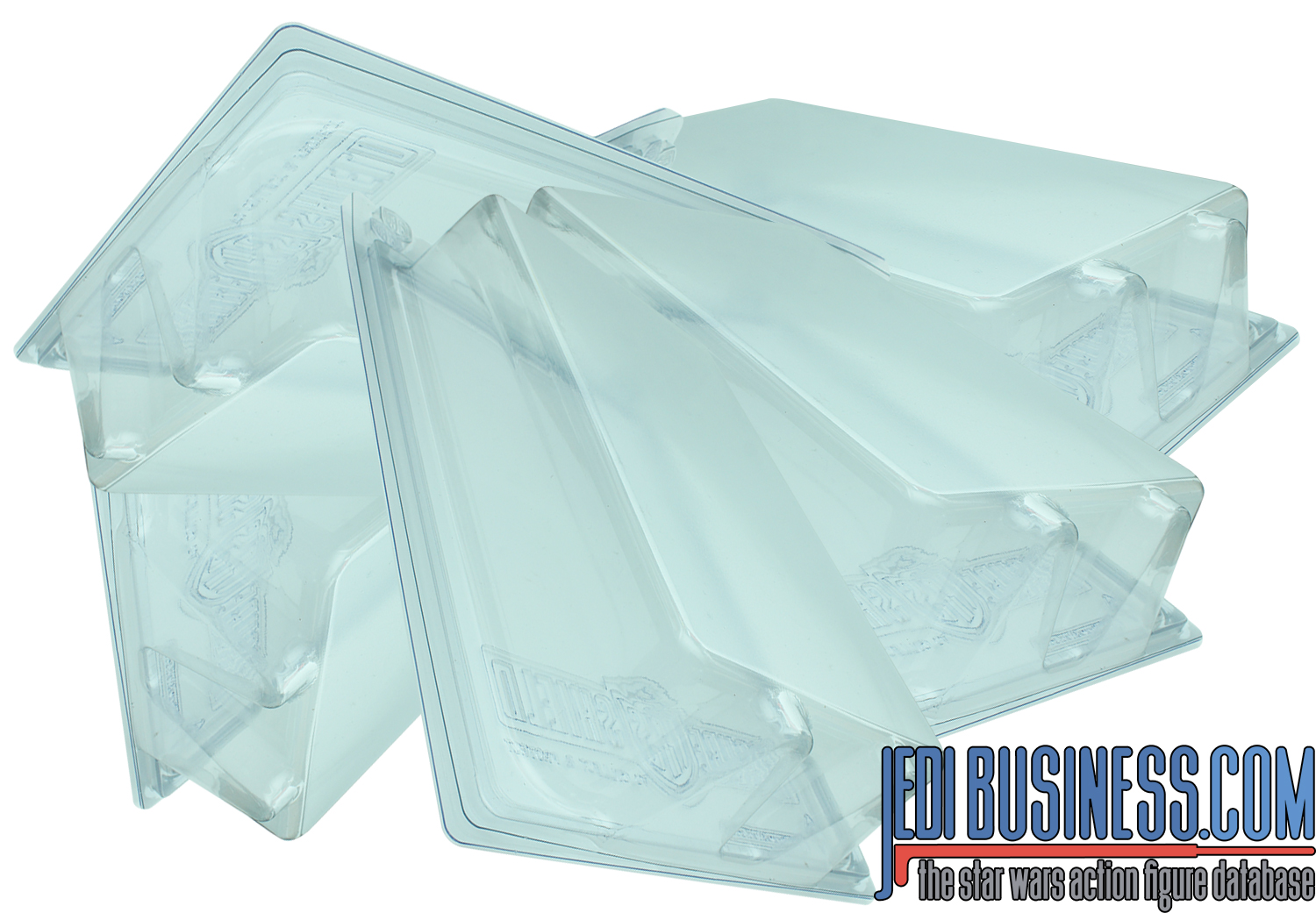 The clamshells consist of 2 separate parts, a main piece which houses the figure and a lid which goes onto the back and helps to keep the figure in place. The company's name is featured prominently on the back of the clamshell and the logo can be seen twice in the top corners on the front. 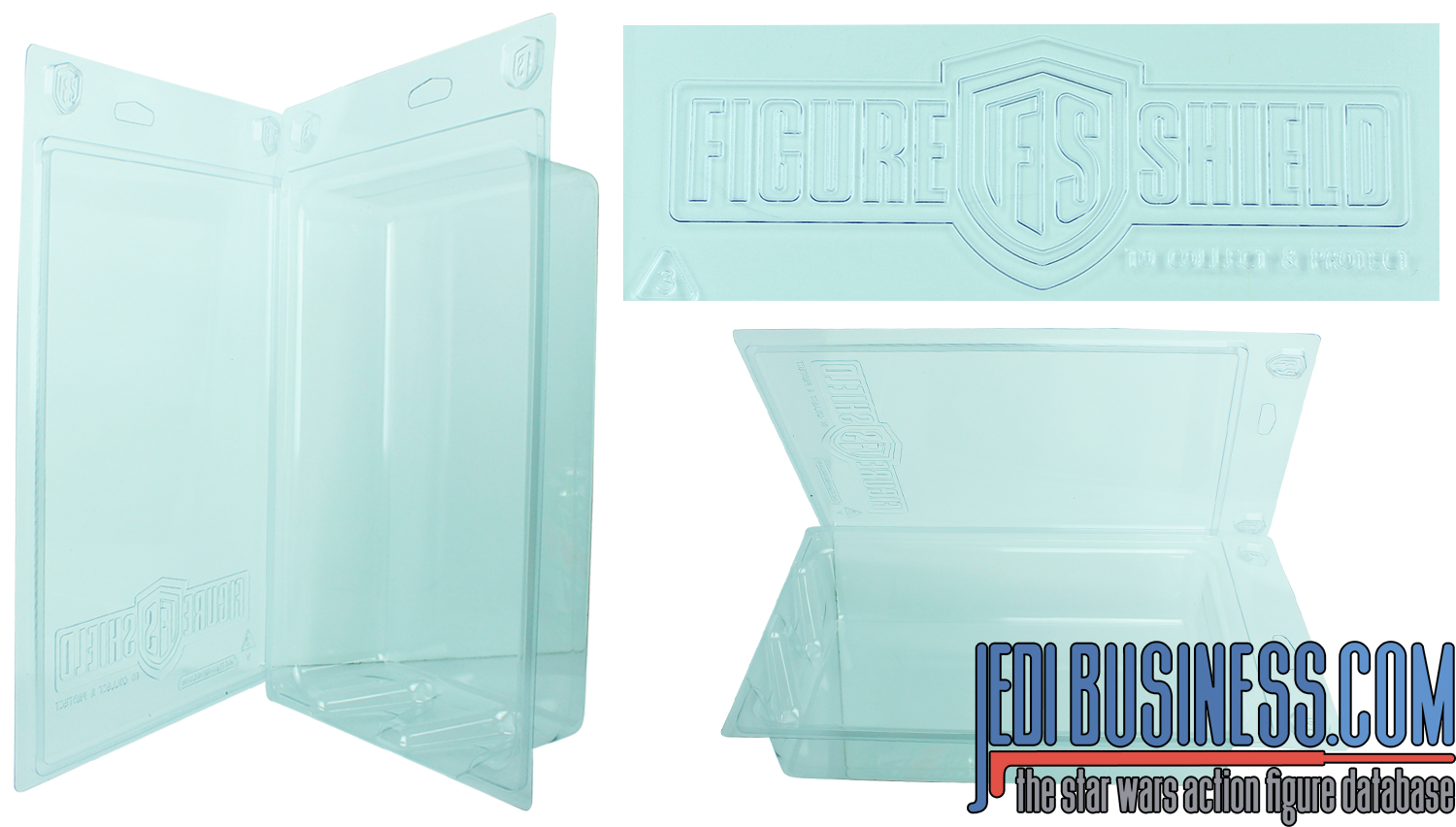 The clamshells can be stacked, but unfortunately the back is not indented so they will slide back and forth if you move them. However, stacking them is not an issue and of course it works much better with the figures in the clamshells than without.

If you like to hang your figures, FigureShield has you covered. Each clamshell has a peg hole in the top and just like on the cards, it's off center to balance out 6" figures perfectly. 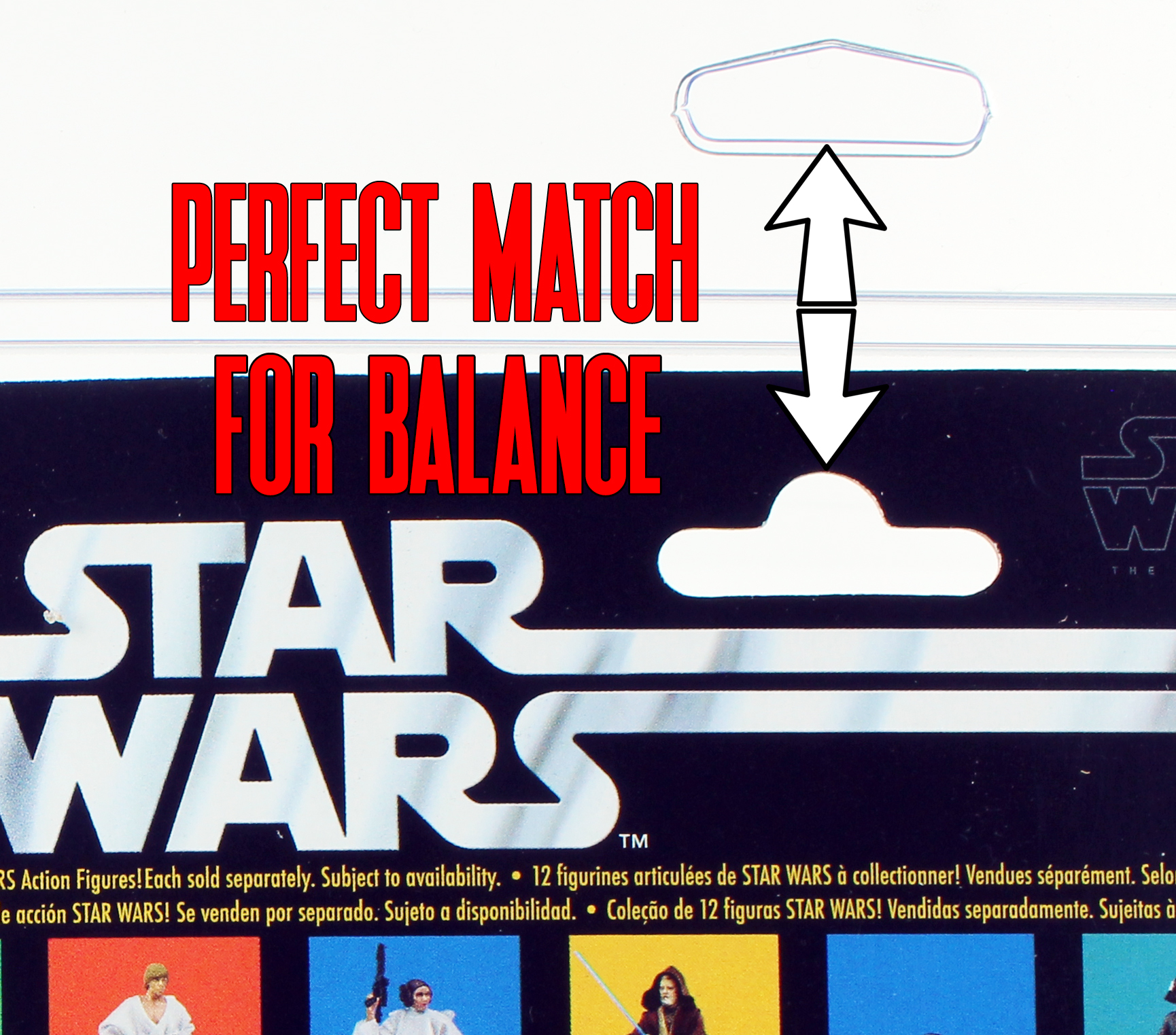 There is enough room inside the clamshell to protect the figure from all sides, including the front where the bubble is (take a look at the picture below to see the room between the bubble and the front of the clamshell). Even if something would fall onto the shell, and it would damage it, there is still room which protects the bubble from impact. The figure is secured tightly from back and forth movement, but we did notice a very, very slight movement from side to side when the figure is picked up and moved around. This is not a deal breaker by any means, but we thought it should be pointed out.

Here are a few more pictures where you can see that the clamshell displays nicely and the plastic doesn't distort the look of the figure. 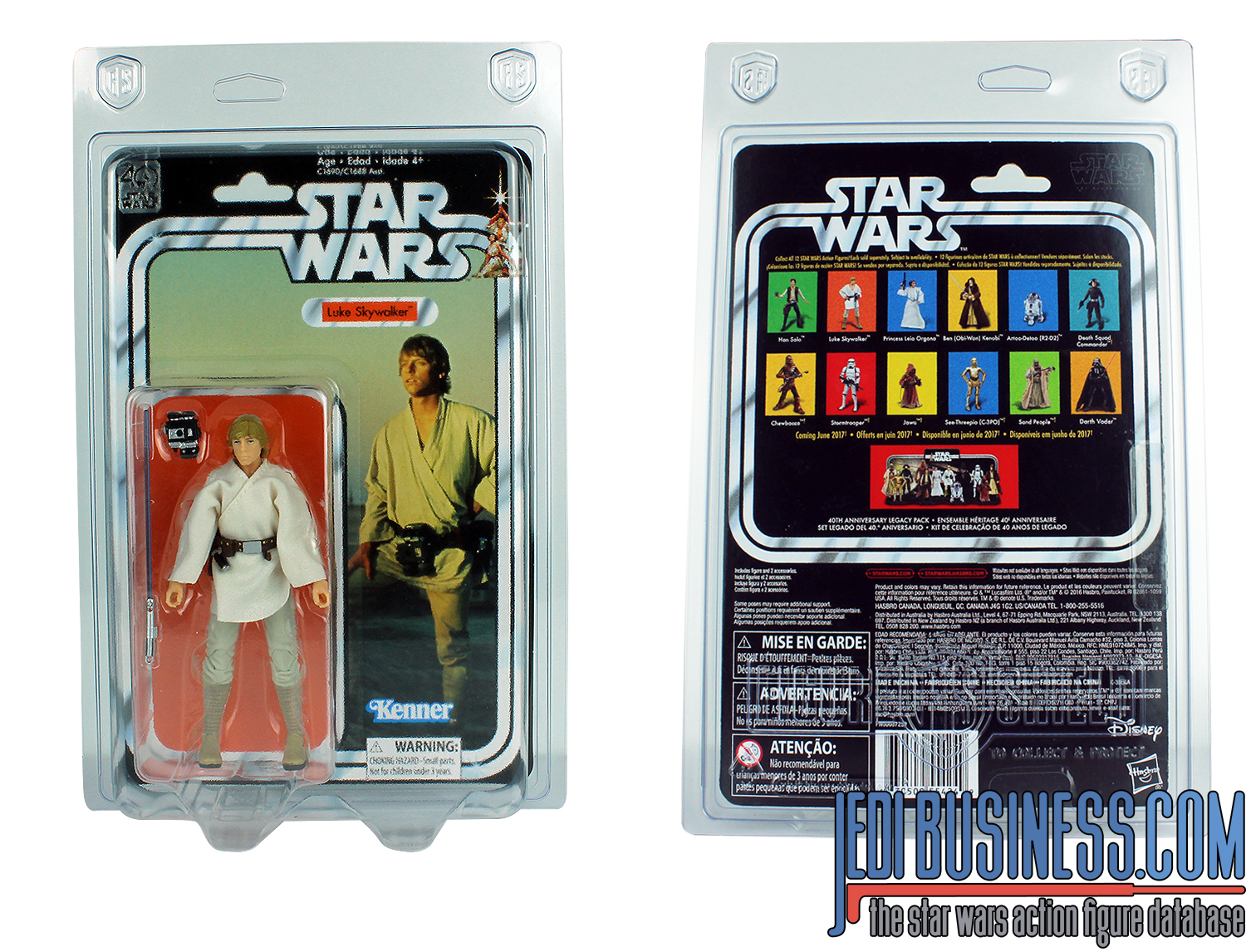 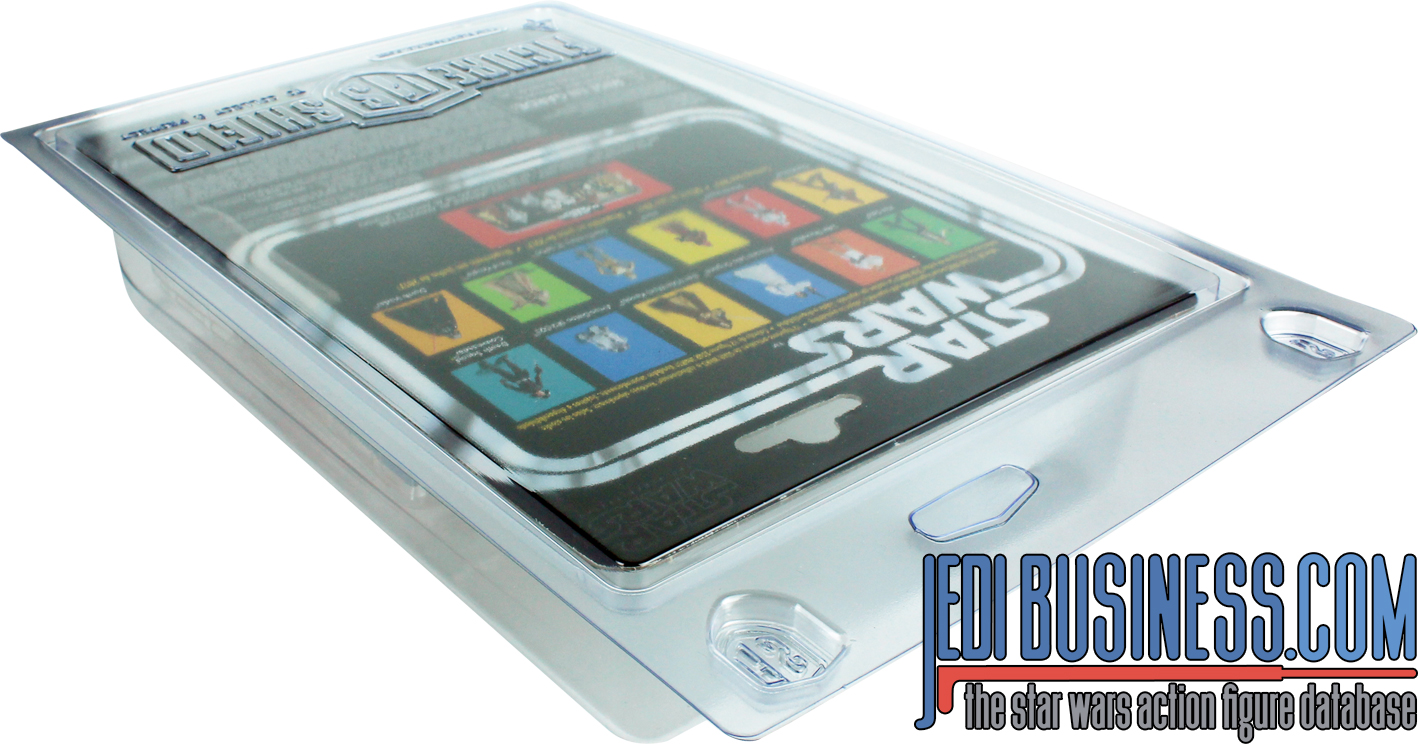 The FigureShield clamshells are the most in-expensive solution on the market for collectors, they allow for stacking and hanging Hasbro's 6" 40th Anniversary figures, and most importantly, they protect figures from accidents and dust. Who wants to hand around a $250 40th Anniversary Collection figure ( current value of the Star Wars Celebration Luke X-Wing on Ebay), to friends and having them put their finger prints all over the figure or maybe dropping it on accident? Nobody, right? We all have done stupid stuff and knocked things over, and if it wasn't you, it might have been your cat or somebody checking out your collection. So if you've spent a lot of money collecting these figures, you should likely look into protecting your collection.

We do recommend FigureShield's clamshells to protect your figures, the plastic is sturdy enough to keep them protected inside. You can find out more about them on their website and you can follow them on their Facebook page for product updates. Listeners of Toy Run - The Star Wars Action Figure Cast, a weekly podcast here on JediBusiness.com, should listen to episode #73 for an exclusive promo code (air date: 8/11/2017).